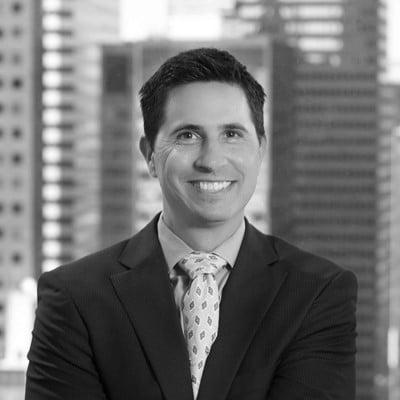 Jason Elmer is the Founder and CEO of Drawbridge. In his role, Jason is responsible for leading the firm’s day-to-day operations, expanding its geographic footprint and overseeing the continued global market expansion of its cybersecurity software and services.

Jason has more than 20 years of experience providing FinTech solutions to the alternative investment industry. Before Drawbridge, he served as a Managing Director at Duff & Phelps, where he founded and led the Cybersecurity Services team, working with alternative investment managers across the globe. Prior to that, he was a Partner at Abacus Group, a provider of IT services for alternative investment firms. Throughout his career, Jason has held multiple senior leadership positions within technology firms catering to multiple facets of the global financial services industry.

Jason holds a BS in finance from the Fordham University College of Business Administration, and he is an active member of the Young Presidents’ Organization. 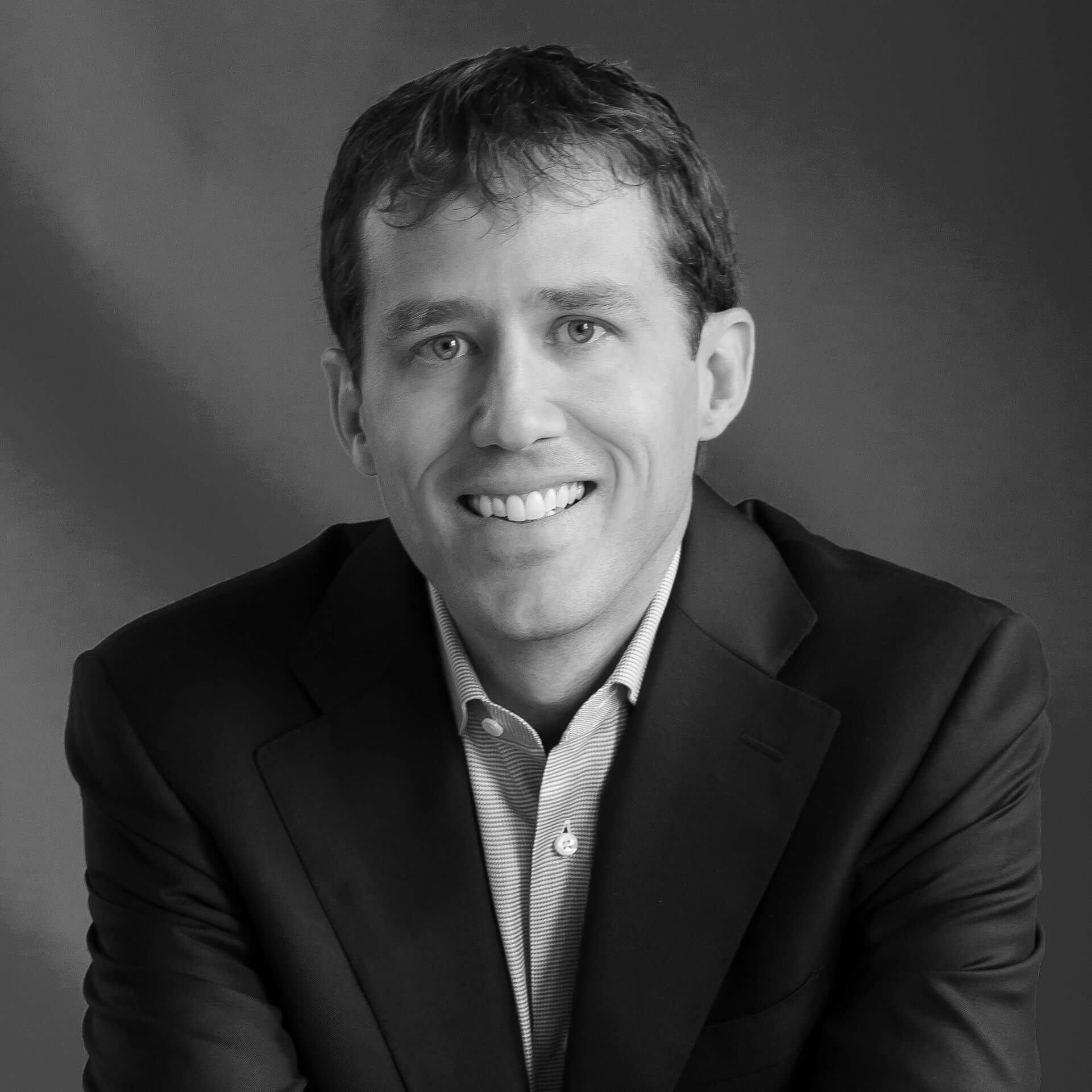 Scott DePetris is the President of Drawbridge.  He is responsible for developing Drawbridge’s global strategy and scaling our business operations to meet new client and market requirements.

Scott is a recognized FinTech industry visionary with over 20 years of extensive leadership, go-to-market and operational expertise. He currently serves as Executive Advisor and member of the Board of Directors of Broadway Technology, board member at Salt Financial LLC, and chairman of the Greenwich, CT chapter of the prestigious Young Presidents Organization (YPO). DePetris was a founding member, President and COO and board member of Portware, LLC, a leading developer of broker-neutral automated trading software for global equities, futures, options and FX. He spearheaded the sale of Portware to FactSet Research Systems, Inc. He recently served as the Chief Operating Officer at Broadway Technology and earlier in his career he was the co-founder and senior vice president of ExchangeLab, Inc., an intellectual property development company for financial service technologies which incubated and commercialized several successful FinTech startups. 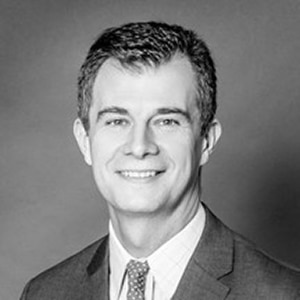 Prior to joining Drawbridge, Viktor was the co-founder and Chief Technology Officer at Abacus Group, a provider of IT services for alternative investment firms. During his tenure at Abacus Group, he served as the firm’s technology leader and principal architect of the award-winning Abacus Flex technology platform. Earlier in his career, Viktor was a Senior Systems Architect at the Gerson Lehrman Group (GLG), as well as a Technical Director at Eze Castle Integration, a managed service provider that delivers public cloud, private cloud and cybersecurity services to the global financial services sector, where he was responsible for managing technology delivery to hedge fund clients.

Tom Fallucco is a seasoned sales and client service executive. He brings to Drawbridge 20 years’ worth of experience driving and aligning teams of professionals focused on exceeding client expectations, and delivering quarterly results.

Tom has enjoyed success in international and domestic market expansion through direct and indirect sales and business development, and in building and developing teams of high performing client executives. Prior to joining Drawbridge, Tom was Chief Revenue Officer at Kobiton and Regional Sales Director at Secureworks. 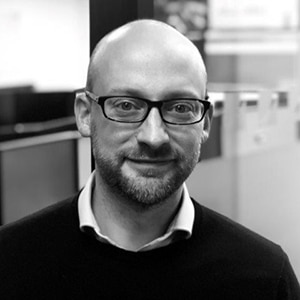 Simon Eyre is Chief Information Security Officer, overseeing Drawbridge's own cybersecurity practices as well as serving as a subject matter expert both internally and to our clients. Simon also leads our European presence, overseeing Drawbridge’s engineering, product, and customer engagement teams across Europe.

Simon brings more than 20 years of deep expertise in the financial services sector as well as IT governance, technology architecture, cybersecurity, and corporate strategy experience to Drawbridge. He most recently served as Director of Information Security at Edge Technology Group and was responsible for cybersecurity for both Edge and its clients. Previously he held multiple senior management roles at Eze Castle Integration, ultimately serving as Director of Service, where he oversaw all IT engineering, client relations and project management throughout London.

Simon is a graduate of Rutgers and NJIT Universities with a degree in Electrical Engineering. He holds a CISSP certification. 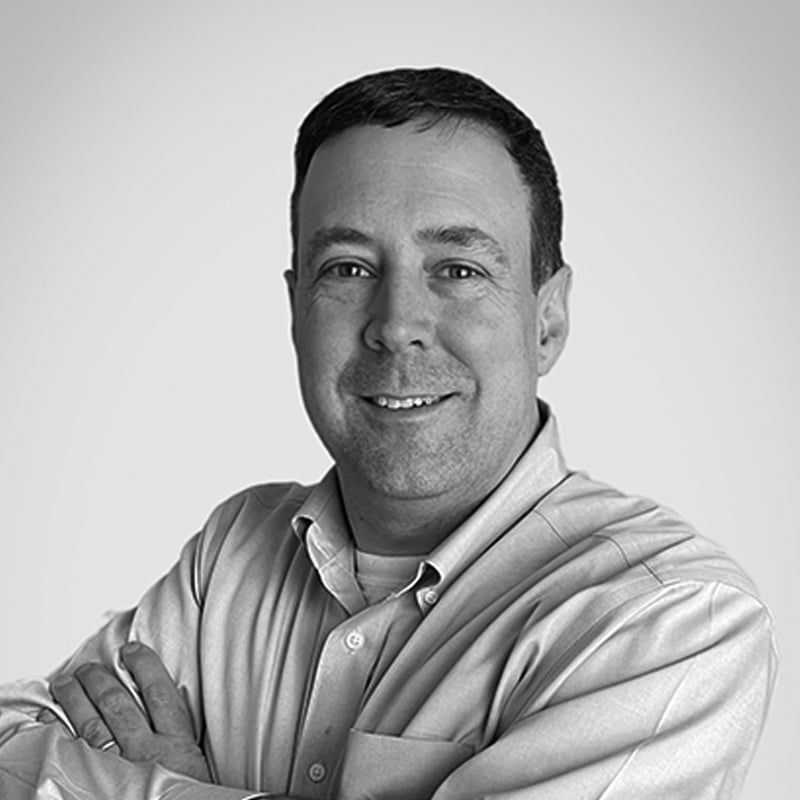 Bill Waters is the Global Head of Software Development at Drawbridge. His focus is on building a world-class development team, implementing best practices in software development, and accelerating delivery of category-defining software.

Prior to joining Drawbridge, Bill served as Director of Development at Broadway Technologies. At Broadway, Bill led and grew the software development team responsible for building the core multi-asset trading technology platform, as well as server and GUI components including OMS, eCommerce, pricing, netting, trading, and market connectivity. Bill shaped the development org’s culture, and cultivated a shift in sprint focus areas from bug fixes to core product enhancements while growing the team by 60%.

Prior to joining Broadway, Bill held multiple senior technology roles throughout his career, including Director of Software at Sandvine and Co-founder and VP, Engineering at Simplicita Software, where he led the company through two sales, a spinoff from Sandvine and a rebrand to Xerocole prior to its acquisition by Akamai.

Throughout his career, Bill has also served as a part-time software architect for his family’s business, Bilinski’s Sausages, where he has overseen the development of underlying technology that includes a multi-system hardware/software stack which has been integral to consistent double-digit sales growth and market expansion. He has also coached his sons’ LEGO robotics teams, and now mentors their FIRST Robotics Competition team. 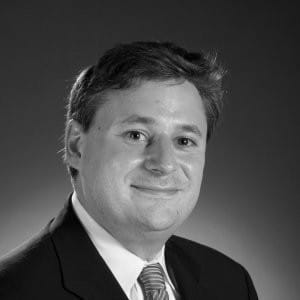 Prior to joining Drawbridge, Jacob was Founder and Managing Director of Proactive Technologies, which served alternative investment clients. Renowned for their world-class customer service, Proactive was acquired by Abacus Group in 2019.

Jacob holds a BA from Columbia University and is based in New York. 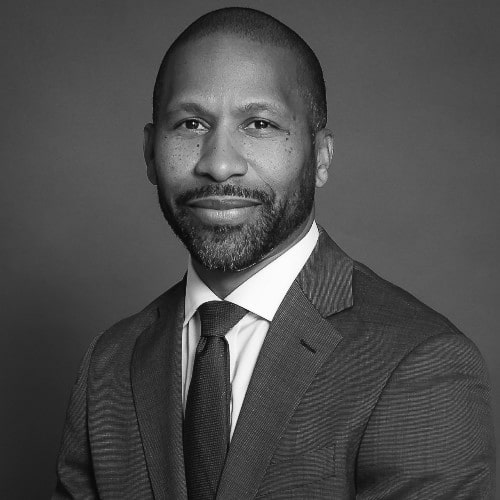 Head of Diversity, Equity, and Inclusion (DEI) AND TALENT ACQUISITION

Darrell Tucker is the Head of Diversity, Equity, and Inclusion (DEI) and Talent Acquisition at Drawbridge. A passionate advocate for diversity hiring and development throughout his 20+ year career, Tucker ensures the company promotes an inclusive culture and attracts team members from the broadest possible talent pool.

Over the course of his career, Darrell has spent a considerable amount of time building operational efficiencies around project management, client services, and technology for financial services clients. He has also invested in recruiting, retaining, and developing junior talent from all backgrounds.

Before joining Drawbridge, Darrell was Managing Director of Business Development at Siepe, and previously held the same role at Abacus Group. Earlier in his career, Darrell was Head of US Project Management for Options-IT and Technical Director for BNP Paribas’s Prime Brokerage Division in the Eastern Region.

Darrell holds a BA in Computer Science from the University of Albany and is based in New York. 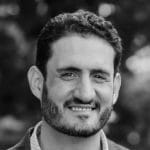 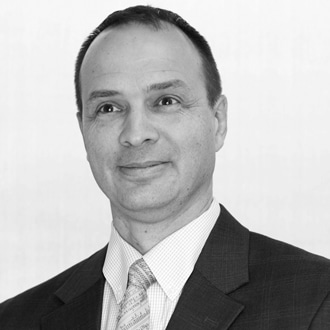 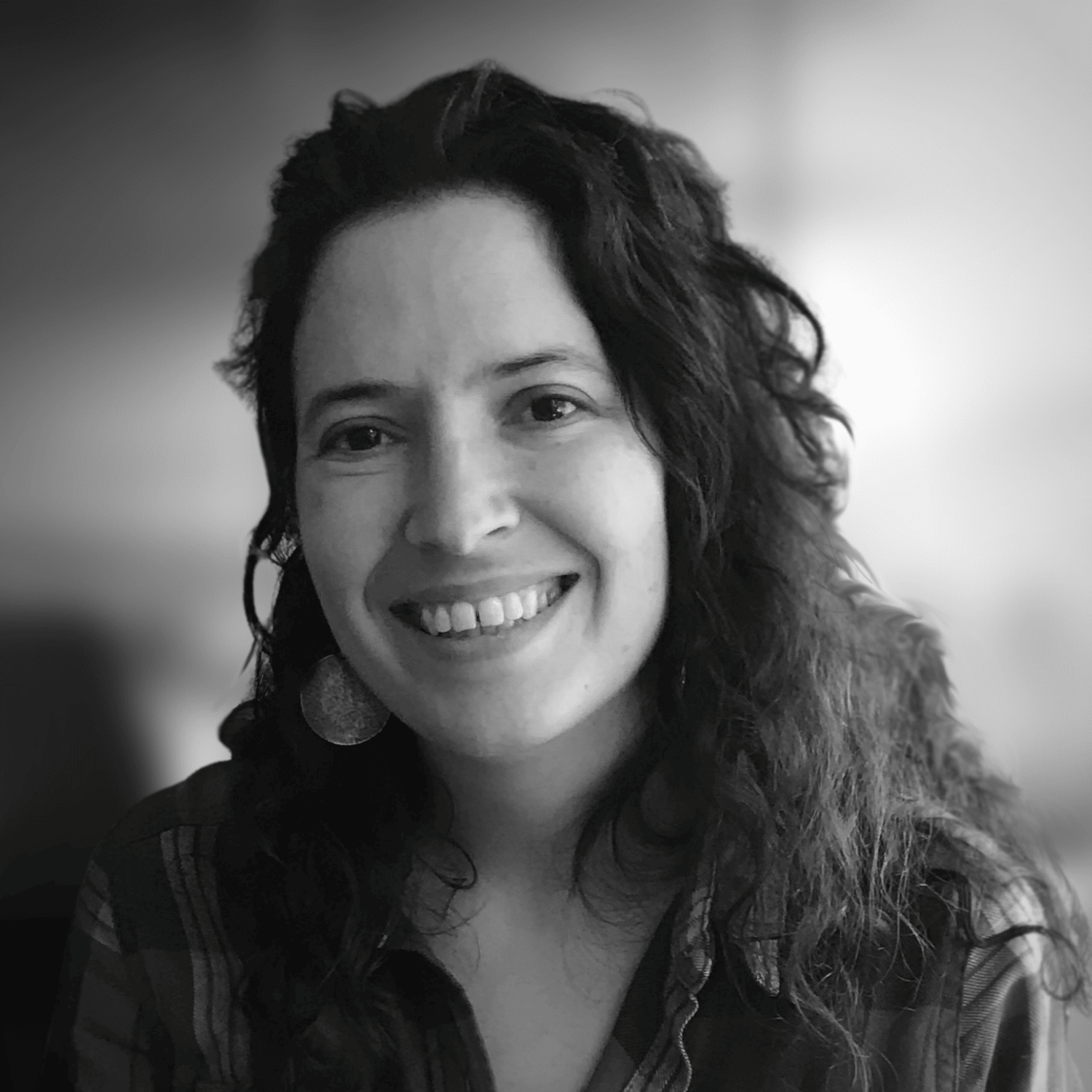 As Director of Product Management, Jenny is responsible for overseeing and delivering Drawbridge’s software product roadmap. Having previously worked at DCT Telecom and Abacus Group.

Jenny has deep experience in project management, is a Certified Scrum Master, and is working toward CISSP certification. Jenny is a lifelong learner, team builder, and mentor to junior colleagues. 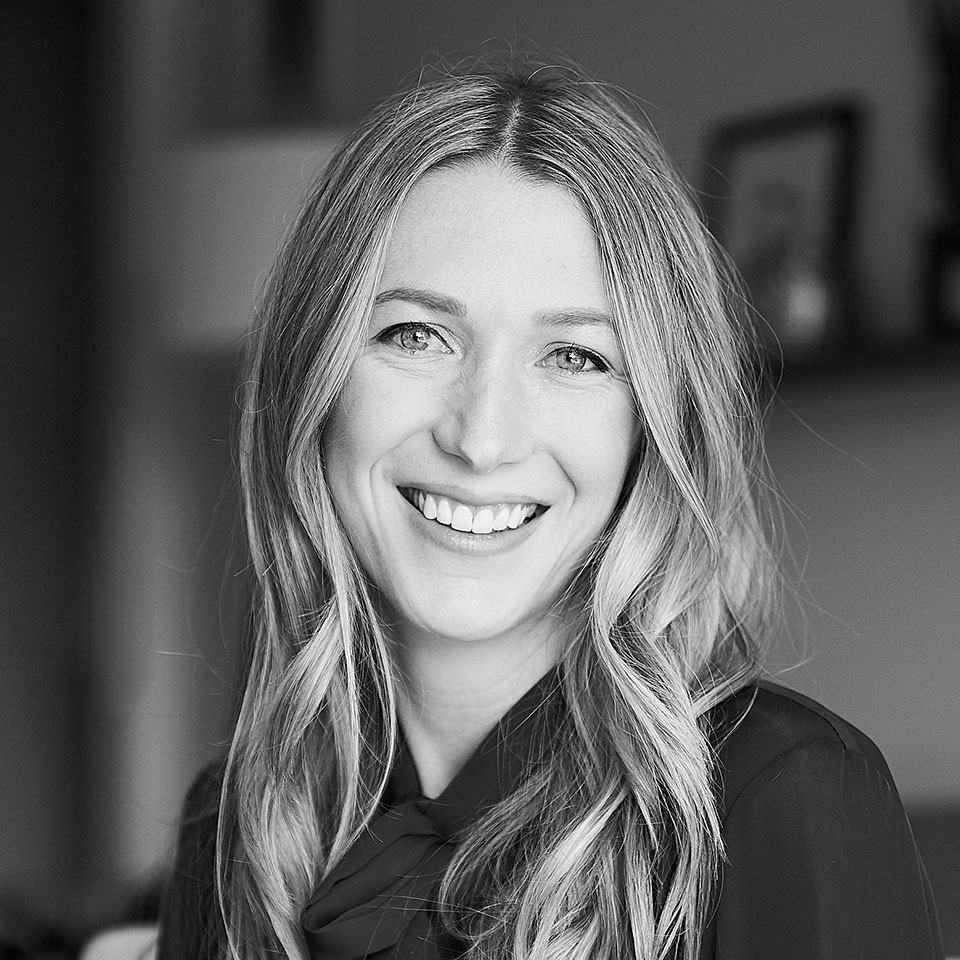 Rebecca received her bachelor’s degree in accounting and finance from Indiana University’s Kelley School of Business. 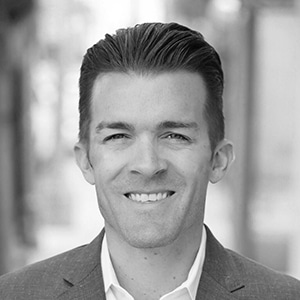 Before joining Drawbridge, Nathan served as an Executive Director and member of the management team at Eze Castle Integration, a managed service provider that delivers public cloud, private cloud and cybersecurity services to the global financial services sector. He held multiple leadership roles during his almost decade-long tenure at Eze, establishing himself as a trusted expert in the industry and a proven leader within the firm.

Nathan holds a BS in Marketing from Northern Illinois University. 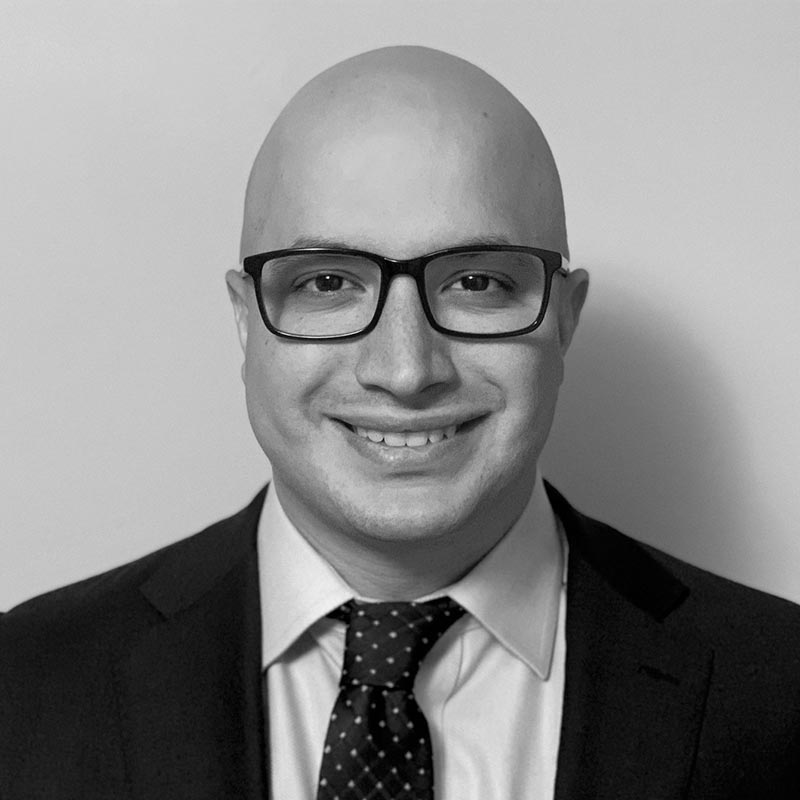 Prior to joining Drawbridge, Anthony was part of the Global Cybersecurity Services practice at Duff & Phelps, and earlier held roles at Abacus Group and JP Morgan Chase. Anthony is a graduate of the State University of New York-Maritime College. 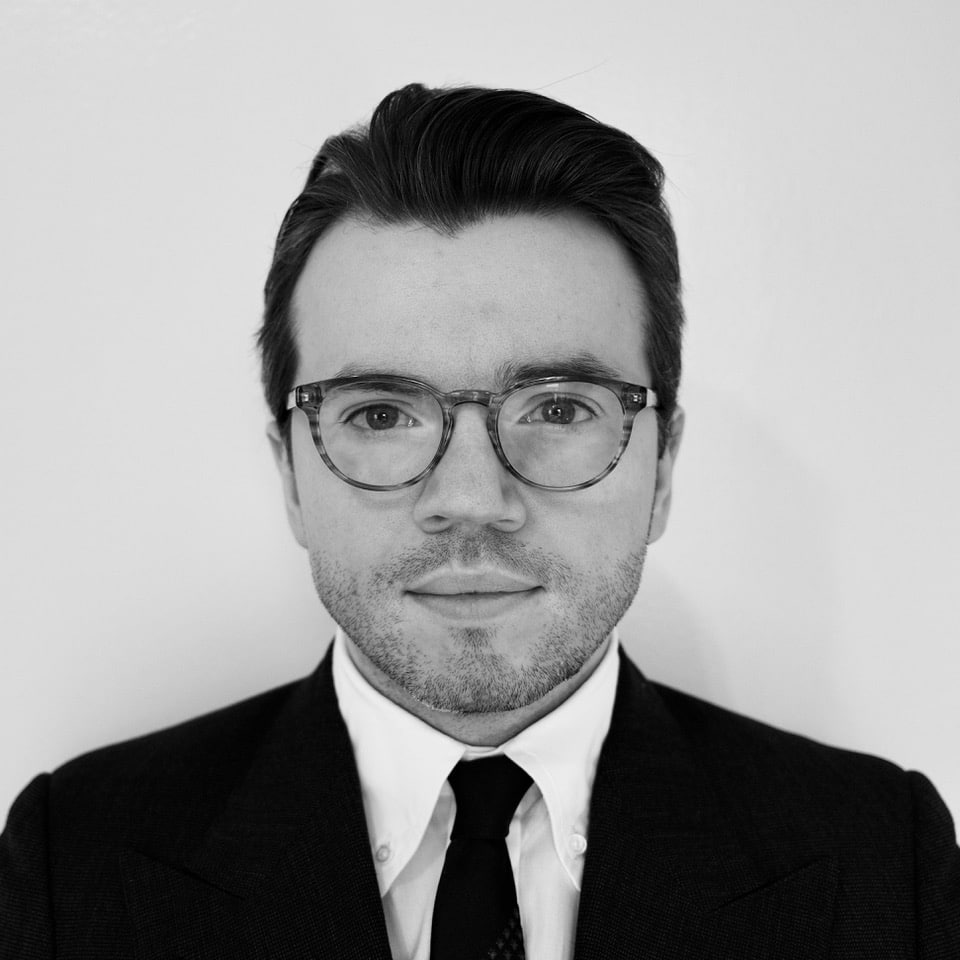 Jozef joined Drawbridge from LVMH Perfumes & Cosmetics, where he managed P&L, forecasting and budgeting processes for Givenchy and Kenzo brands. Prior to that, he served as finance manager at Ralph Lauren, supporting design, merchandising and creative teams, and began his career at Christian Dior supporting North America and Mexico businesses. He holds a BBA from Baruch College.

This website uses cookies to improve your experience while you navigate through the website. Out of these, the cookies that are categorized as necessary are stored on your browser as they are essential for the working of basic functionalities of the website. We also use third-party cookies that help us analyze and understand how you use this website. These cookies will be stored in your browser only with your consent. You also have the option to opt-out of these cookies. But opting out of some of these cookies may affect your browsing experience.
Necessary Always Enabled
Necessary cookies are absolutely essential for the website to function properly. This category only includes cookies that ensures basic functionalities and security features of the website. These cookies do not store any personal information.
Non-necessary
Any cookies that may not be particularly necessary for the website to function and is used specifically to collect user personal data via analytics, ads, other embedded contents are termed as non-necessary cookies. It is mandatory to procure user consent prior to running these cookies on your website.
SAVE & ACCEPT